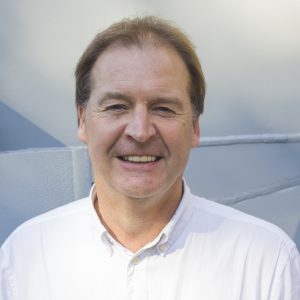 Chris Cowls MBE, Eproductive CEO, recently stepped down as a voluntary Non-Executive Director and Trustee of St Martin-in-the-Fields, the renowned church in Trafalgar Square, after 30 years of service.

He joined the Board of the commercial arm of the church in 1992, and was involved primarily in developing the church’s hospitality business, particularly the Café in the Crypt. He was also a Trustee of the £36 million refurbishment project that transformed the site in 2007.

For services to the Church and to charity, Chris was appointed a Member of the Order of British Empire (MBE) in the New Year’s honours list for 2019.

Chris said: “St Martin’s is a fantastic place of faith, music, community, and hospitality. It’s been an honour and a privilege to have served it for the last three decades.”

In addition to being Chief Executive of Eproductive, Chris is a Board member of the Hospitality Professionals Association (HOSPA), coordinator of hospitality leaders’ group 2050.network (formerly fiftytwenty), along with Eproductive Client Services Manager Phil Somerville, and a Visiting Professor in the School of Hospitality & Tourism Management at the University of Surrey.